Oh What A Beautiful Saturday

Oklahoma is by far, my favorite musical.  To be honest, I don't even know why.  As a kid, I was involved in many a musical- first as a member of the chorus and later as part of the backstage fun bunch.  Even with all that musical experience, I was never a part of the production of my favorite show.

I think it's that opening sequence when Gordon McRae belts out "Oh What A Beautiful Morning."

It was that kind of day in my neck of the woods today.  I was up early, feeling more rested than usual, with a shortlist of things to accomplish today.  By 1:00 pm I had been to Uhaul to have a trailer hitch installed and been to the gym for a bike ride.

Blue skies and bright sunshine pulled me outside and I headed to a local park, Roosevelt Island, for a stroll.  Fresh air and sunshine were in abundance, as were kids, families, puppies and bird enthusiasts.  I took my time on the mile-long path that outlines the island.  I stopped to take in the shedding cattails in the marsh smiling as I listened to the wind whistle between the trees.  Traffic from the nearby highway could have been easily mistaken for rushing water, so it was easy to forget exactly where I was.

Rodgers and Hammerstein had it spot on when writing about a day just like this.  It's the kind of day that makes me feel like everything's going my way. 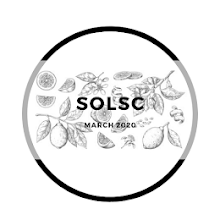